The book club will meet on Tuesday, July 19 at 6:00 pm in Marie's yard.  We will be discussing The Loop by Patrick Reardon.

*** Author, Patrick Reardon will be joining us! 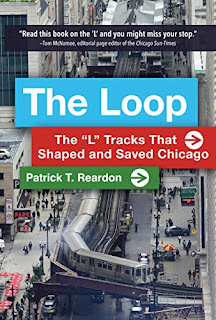 Every day Chicagoans rely on the loop of elevated train tracks to get to their jobs, classrooms, or homes in the city’s downtown. But how much do they know about the single most important structure in the history of the Windy City? In engagingly brisk prose, Patrick T. Reardon unfolds the fascinating story about how Chicago’s elevated Loop was built, gave its name to the downtown, helped unify the city, saved the city’s economy, and was itself saved from destruction in the 1970s. This unique volume combines urban history, biography, engineering, architecture, transportation, culture, and politics to explore the elevated Loop’s impact on the city’s development and economy and on the way Chicagoans see themselves. The Loop rooted Chicago’s downtown in a way unknown in other cities, and it protected that area—and the city itself—from the full effects of suburbanization during the second half of the twentieth century. Masses of data underlie new insights into what has made Chicago’s downtown, and the city as a whole, tick. The Loop features a cast of colorful Chicagoans, such as legendary lawyer Clarence Darrow, poet Edgar Lee Masters, mayor Richard J. Daley, and the notorious Gray Wolves of the Chicago City Council. Charles T. Yerkes, an often-demonized figure, is shown as a visionary urban planner, and engineer John Alexander Low Waddell, a world-renowned bridge creator, is introduced to Chicagoans as the designer of their urban railway. This fascinating exploration of how one human-built structure reshaped the social and economic landscape of Chicago is the definitive book on Chicago’s elevated Loop.
No comments:

The book club will meet on Tuesday, June 14 at 6:00 pm in Marie's yard.  We will be discussing The Woman Who Smashed Codes:  A True Story of Love, Spies, and the Unlikely Heroine Who Outwitted America's Enemies and A Life in Code:  pioneer cryptanalyst Elizabeth Smith Friedman by G. Stuart Smith. 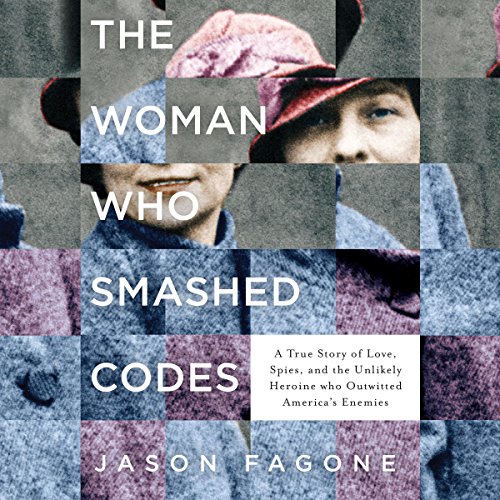 Joining the ranks of Hidden Figures and In the Garden of Beasts, the incredible true story of the greatest codebreaking duo that ever lived, an American woman and her husband who invented the modern science of cryptology together and used it to confront the evils of their time, solving puzzles that unmasked Nazi spies and helped win World War II. 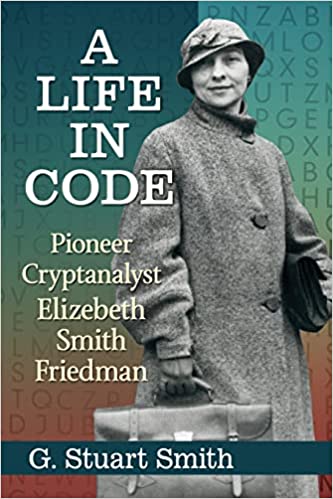 Protesters called it an act of war when the U.S. Coast Guard sank a Canadian-flagged vessel in the Gulf of Mexico in 1929. It took a cool-headed codebreaker solving a "trunk-full" of smugglers' encrypted messages to get Uncle Sam out of the mess: Elizebeth Smith Friedman's groundbreaking work helped prove the boat was owned by American gangsters.This book traces the career of a legendary U.S. law enforcement agent, from her work for the Allies during World War I through Prohibition, when she faced danger from mobsters while testifying in high profile trials. Friedman founded the cryptanalysis unit that provided evidence against American rum runners and Chinese drug smugglers. During World War II, her decryptions brought a Japanese spy to justice and her Coast Guard unit solved the Enigma ciphers of German spies. Friedman's "all source intelligence" model is still used today by law enforcement and counterterrorism agencies against 21st century threats.

As The Wicked Watch by Tamron Hall

The book club will meet on Tuesday, May 10 at 6:00 pm at the Brehon Pub. We will be discussing As The Wicked Watch by Tamron Hall. 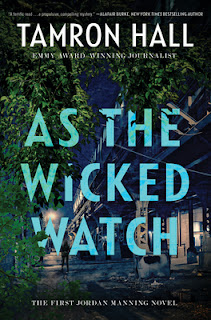 The first in a thrilling new series from Emmy Award-winning TV Host and Journalist Tamron Hall, As The Wicked Watch follows a reporter as she unravels the disturbing mystery around the deaths of two Black girls; the work of a serial killer terrorizing Chicago.

When crime reporter Jordan Manning leaves her hometown in Texas to take a job at a television station in Chicago, she's one step closer to her dream: a coveted anchor chair on a national network.

Jordan is smart and aggressive, with unabashed star-power, and often the only woman of color in the newsroom. Her signature? Arriving first on the scene--in impractical designer stilettos. Armed with a master's degree in forensic science and impeccable instincts, Jordan has been able to balance her dueling motivations: breaking every big story--and giving a voice to the voiceless.

From her time in Texas, she's covered the vilest of human behaviors but nothing has prepared her for Chicago. Jordan is that rare breed of a journalist who can navigate a crime scene as well as she can a newsroom--often noticing what others tend to miss. Again and again, she is called to cover the murders of Black women, many of them sexually assaulted, most brutalized, and all of them quickly forgotten.

All until Masey James--the story that Jordan just can't shake, despite all efforts. A 15-year-old girl whose body was found in an abandoned lot, Masey has come to represent for Jordan all of the frustration and anger that her job often forces her to repress. Putting the rest of her work and her (fraying) personal life aside, Jordan does everything she can to give the story the coverage it desperately requires, and that Black children rarely receive.

Jordan is convinced that there's a serial killer on the loose and he's hiding in plain sight.

The Paralegal Book Club will meet on March 8 at 6:00 pm, location TBD.  We will be discussing Clark and Division by Naomi Hirahara. 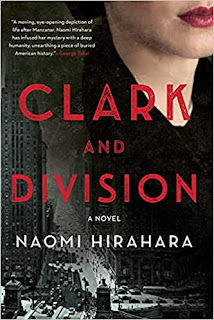 Twenty-year-old Aki Ito and her parents have just been released from Manzanar, where they have been detained by the US government since the aftermath of Pearl Harbor, together with thousands of other Japanese Americans. The life in California the Itos were forced to leave behind is gone; instead, they are being resettled two thousand miles away in Chicago, where Aki’s older sister, Rose, was sent months earlier and moved to the new Japanese American neighborhood near Clark and Division streets. But on the eve of the Ito family’s reunion, Rose is killed by a subway train.Aki, who worshipped her sister, is stunned. Officials are ruling Rose’s death a suicide. Aki cannot believe her perfect, polished, and optimistic sister would end her life. Her instinct tells her there is much more to the story, and she knows she is the only person who could ever learn the truth.Inspired by historical events, Clark and Division infuses an atmospheric and heartbreakingly real crime fiction plot with rich period details and delicately wrought personal stories Naomi Hirahara has gleaned from thirty years of research and archival work in Japanese American history.

The book club will meet on Tuesday, February 8 at 6:00 pm via Zoom. We will be discussing Daughter of Fortune by Isabel Allende. 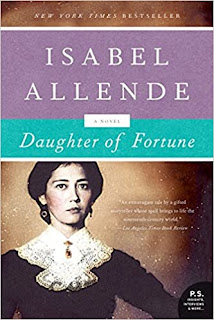 Orphaned at birth, Eliza Sommers is raised in the British colony of Valparaíso, Chile, by the well-intentioned Victorian spinster Miss Rose and her more rigid brother Jeremy. Just as she meets and falls in love with the wildly inappropriate Joaquín Andieta, a lowly clerk who works for Jeremy, gold is discovered in the hills of northern California. By 1849, Chileans of every stripe have fallen prey to feverish dreams of wealth. Joaquín takes off for San Francisco to seek his fortune, and Eliza, pregnant with his child, decides to follow him.As we follow her spirited heroine on a perilous journey north in the hold of a ship to the rough-and-tumble world of San Francisco and northern California, we enter a world whose newly arrived inhabitants are driven mad by gold fever. A society of single men and prostitutes among whom Eliza moves--with the help of her good friend and savior, the Chinese doctor Tao Chien--California opens the door to a new life of freedom and independence for the young Chilean. Her search for the elusive Joaquín gradually turns into another kind of journey that transforms her over time, and what began as a search for love ends up as the conquest of personal freedom.

Join us Tuesday, November 9, 2021 to discuss Headhunters by Jo Nesbo. 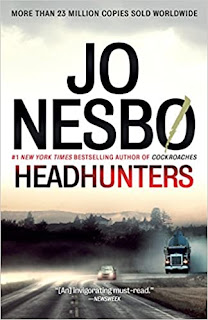 Email ThisBlogThis!Share to TwitterShare to FacebookShare to Pinterest
Older Posts Home
Subscribe to: Posts (Atom)
This Book Club is hosted by Loyola University Chicago's Paralegal Alumni Network and is open to all book lovers. Institute for Paralegal Studies alumni are welcome to participate and to invite non-alums to participate as well. 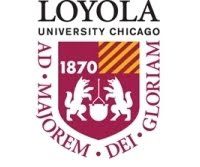